Just a very short blog entry today to state that my ebook 'How To Sell Your Home - What Estate Agents Don't Tell You' is now fully edited, extended and updated and available on the Amazon Kindle store.

How to sell your home: What estate agents don't tell you 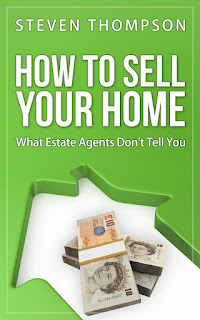 I'm pleased with the updates, as it extends the book by approximately 40% and goes into more detail in parts of the book that need attention. I've told the story on here before, so if you're not a regular reader, then the blog below will give you a good idea of the changes-

Photographs, reviews, fiverr and some changes to my ebook

Thinking time whilst on holiday, and not enough action time on my return

I've now returned from three weeks holiday. A three week break brings lots of thinking time but the return to reality and activity is tougher than I remember.

I've kept physically active whilst away, with a gym and swimming pool on the complex I've been staying on. But a lot of time on the road, by the pool, in the gym and on the beach gives you plenty of time to think about what you are doing and where you want to start going next with everything you do.

I think that it is good (and it was good) to have a period of reflection and contemplation. It gives you a chance to determine whether you think that you're on the right track and to plot the way forward without the everyday distractions of work life. It also enables a little "blue sky thinking" as there exposure to a different routine and a different culture can have you thinking about things in different ways. I have looked at the direction I'm heading in and I broadly think that it's where I want to be going.

It's now thinking about heading out of the break and back into my life that's occupying my mind. I landed and got home in Sunday evening and it was back to work at 7.30am on Monday, so there was no real transition to be had. It was a case of holiday mode as is went to bed and work mode when I got up the next morning. It was just the way it had to be with three weeks off - there was no spare time to be had! So it was straight back into it, which can sometimes be the best way to get on, although I don't really feel like that the the moment! I can just about see the wood from the trees at work now, after a few days of catching up. I just wish I could say the same about everything else I do. 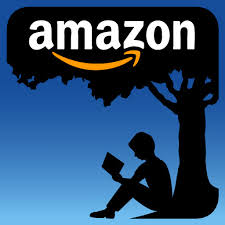 The thinking I've been doing has further develop the direction I've been going in with the writing. I've got the two books ready for final edit, plus the extras of getting the covers done. I think that I should be able to final edit this evening and from there I will produce a glossary of terms that will help readers of both books. This should all be finished this week and then it's time for the launches.

The next book after that will now be one based on "What estate agents can't be bothered to tell you" or a similar title. I'll be looking to set up a blog, some simple You Tube videos and a social media presence. From there it will be a case of editing the blog into a readable book. I think that the social media can feed the You Tube views, then the blog and create an interest for the book. When all are up and running, I expect each to feed the other.

The new book is almost there - editing commences!

-57
The new book is almost there
It's taken far longer than I thought possible, with extra work commitments and ending up doing a lot more mystery shopping than I thought I'd do, but the second boom is almost complete. Large parts of it have actually been written in the same way I'm writing this - on the park and ride bus on the way to work. I have chapter after chapter saved and stores in different devices and I'm really pleased with the first draft. All that remains is reading through it, editing the text to ensure it flows and makes some sort of sense. I say all that remains, but I know from the experience of writing the first book that this can take some time. The first book was edited up from a series of blogs, so the content was really written without me really noticing the amount of time it took. I then had to re-read, edit and make it sound like a book with chapters, rather than a blog with entries. The cross-references had to work and I wanted to break up the text with blocks of colour.
As I've said in a recent blog, this has been re-edited again, adding a chapter, rewriting parts of other chapters and adding photographs and a newly-designed cover-
http://245daystogo.blogspot.com/2015/07/photographs-reviews-fiverr-and-some.html
I want to go through this process in the first instance with my second book. I want to edit it thoroughly and launch it on the Amazon Kindle store in it's finalised form, to make the most of the reviews and sales. After this is launched, the next step will be to write a link between the two books to ensure that they flow and then publish this as a double book. The idea is that you can get the content from both books as a double book for less than the price of buying each book individually.
Hopefully this will all get finished before a near-three-week holiday starting soon, and I'm hoping that the writing creativity continues to flow. I'm thinking about/hoping that I can get another book written during this holiday. It will be a fiction book that describes the beautiful landscape of where I'm going on holiday mixed with thoughts and feelings about certain aspects of my life so far. I'm inspired by the inner monologue of the writings of Phillip Roth and I want to tap into feelings I have the echo and come to the forefront when reading Mickey Sabbath or Swede Levov in Roth's writing. Obviously I'm not comparing myself to Roth or trying to be a Roth-lite but I find the writing crisp, energetic and witty. I hope to capture at least the first two in my writing, but I'm very aware that this will be quite a slow process and the drafting, redrafting and editing process is something I expect to take up a lot of my spare time. I'll look to self-publish it again, but the main idea behind it is a sort of line-in-the-sand moment where I can move on to other things. It's quite personal, and I'll get my wife to read the drafts first and help me with the content editing process. The writing and rewriting will all come down to me, though.
Posted by Steevo at 02:56 No comments: