Having your passport photo taken is all a part of the trip in this modern day. And when you start to look into the requirements that the authorities have, you will be amazed at the level of detail that needs to be right. That is why so many people are turning to professional photographers to have their passport photo taken. It is a service that you just have to offer.

As a professional photographer, your clients depend on you getting their passport photo right. They may need their passport in a short space of time, so if you get it wrong they might miss out on a holiday. This is very bad news for customer service. But it doesn’t have to be like this…


Introducing Passport Photo Workshop – a wizard that helps you get the perfect passport photos time after time. It enables you to –


·         Produce passport photos without any training


Passport Photo Workshop is an all-in-one passport photo software that powers the way you produce biometric passport photos or ID photos that meet the requirements set out by the authorities. Your customers will be delighted as their passport application sails through.


Check out Passport Photo Workshop today and see how adaptable it can be to add an extra income stream to your photography business. 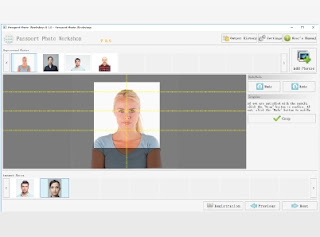 I have seen a great response for my first novel, which was published last month. Sales are good and I hope them to increase so that the story can get out there. I am very proud of the work I have put together for this first book and it took up a fair chunk of my life. It is the eleventh book I have published, but the first fiction book. Before that I had written and published ten non-fiction books that are based on my areas of knowledge and experience such as buying and selling a home, obtaining a mortgage and writing. I have written these guides with others in mind and the idea behind them I to share my knowledge of writing in an easy-to-follow format.

Check out my Amazon Author page.

Writing fiction has taken over a large part of my spare time at the moment. With the success of the first book, I have started on the second and am around a third of the way through now. It is very different to the first novel, which was based on the internal monologue of one character a great deal. The second book is a detective fiction book that looks into the way that a killer leaves clues for the police. The killer is in control and the police are waiting for clues to lead them one way or another in the investigation. It means that they don't get to make massive strides with the investigation until the killer lets them.

Here is the opening scene -


He stood over her looking down at his prey. She looked for all the world like a normal person. But he knew differently. She was chosen to be here at this time, in this place. He knew what he had to do next. She would be the first. She would set an example to others. This was the start of his work.

She looked up at the man above her. He was stood in front of a bright light. He wasn't familiar to her in any way. She wondered who he was. She couldn't see his face. He spoke not much louder than a whisper so she couldn't make out his voice either. She wanted to know who he was. But that wasn't the biggest or the most pressing thing on her mind. She wanted to know what he has planned for her. She didn't have to wait long.

He moved with clinical speed. Just before she saw his hands move quickly towards her, she heard him say something. Again, she couldn't make it out. A few seconds later she was lying in a small pool of her own blood. He dropped something before walking away. He was glad that he lived alone so he could get cleaned up without interruption or detection. He smiled to himself as he strode towards home. The dark of the night shielded him from any prying eyes that might have been present on the short journey.


There is a twist with the identity of the killer which I won't reveal here, but it means that the detective team, lead by Augustine Boyle, take some wrong turns along the way. The way that the killer and the police interact means that there is a lot of dialogue and a lot of tension. I am really proud of it already, and I am only around a third of the way through writing it. Please keep tuned to see how it progresses. I will put small excerpts on this blog so you can see parts of the book before it is written.