As regular readers of my blog will know, I’m attempting to startup my own estate agency. I like to look forward to all aspects of the estate agency business, and look back in some ways to the times when I worked for an estate agency before. Estate agents are known for their "work hard, play hard" ethic. Having worked with estate agents for years, they work long hours but do their out of work activities to the maximum as well.

And the Christmas parties and awards ceremonies that estate agents attend every year are a sight to behold! 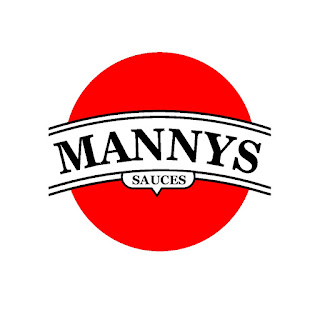 And if I had to choose just three of Mannys Sauces for estate agents to try, then it would be-

The Original Piri-Piri Sauce
This is the classic - and you don't mess with a classic! It's a taste that has to be tried to be believed. It mixes the heat of the chilli with the depth of flavour that you require from a sauce or marinade. In fact, Manny guarantees that it is the tastiest Piri-Piri in the land. Try it and you won’t be disappointed. 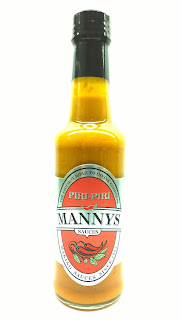 Meat Marinade
Excellent marinade created to marinate any meat, but can also be used with fish or seafood. Make the best BBQs, roasts, or stews. The contents of a 250ml bottle will marinate 3kg of meat.
Mannys Sauces were founded by Manny and here is his story-

“As any other person in the world, I had a huge dream - to open the first Piri-Piri Chicken Restaurant in the world, and then spread this dream to every corner of the planet. It wouldn’t be easy to achieve, but neither was it impossible. I had the will, the courage, the faith and family support to make it come true. Early in 1985, I sold my home to open the first piri-piri chicken restaurant outside of Mozambique. CHICKENLAND was the chosen name and Johannesburg, South Africa was the birth place of my dream! After a short while, I was making, bottling and selling a range of 5 different Piri-Piri Sauces and Marinades. After a slow start, the business was a stunning success! The name quickly spread across the city and everyone was talking about this new food place that was taking the food industry by storm.

The business success was proven! The next step was expansion to other parts of the city, country and abroad, and many people tried to get financially involved. Expansion included a need for capital and people, and so in 1987, I sold some of my business shares to two young men: one of Portuguese origin and the other, a South African of Jewish origin. Shortly after they joined, the business name was changed to NANDOS. Chickenland was a nice name, but according to marketing experts at the time, it was felt that the business should be backed by a personal name before the expansion took place. Between MANNYS and NANDOS, I was out-voted two to one, and the latter name was chosen. Despite a few initial problems, the expansion started taking off and now more than ever, the success was tremendous!

A few years later, the rug was pulled out from under my feet and I was forced to leave my business. I lost my dream; one of the best things in my life after my family. After this happened, I opened a few other restaurants including Chickenland in Portugal, but these weren’t my dream. It was a way to make a living, but it wasn’t my passion. It took me a long time to recover from what happened, but I was determined and pushed through until another dream emerged; to make the best sauces and speciality food products in the world! MANNYS SAUCES is now my new dream! Once again I can see this new dream taking shape and growing strong all the way to the TOP! The passion is back and I again have the will, the faith, the support of my family, and the support of so many loyal customers that know and appreciate the high quality products that we make. I am forever grateful to my family and my customers for their support and the divine forces for showing me the way.
Manny x”

Don’t forget the selection of cured meats. Paio is a great selection and is made of pork fillet with a maximum of 5% fat. 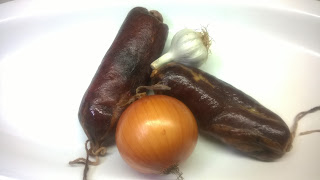 As any good estate agent will know, it pays to be found, and Mannys Sauces can be found at-